It’s 1977. Commodore, Tandy, and Apple introduce personal computers collectively known as the “1977 Trinity.” At that time, many thought of the personal computer as a way to balance a checkbook, play a video game, and stop a door from slamming closed in the wind. Who would have imagined that a small personal computer would forever change the world? No one had seen one before.

“What can it do beyond balancing a checkbook?”

It will connect the entire world instantaneously.

Who would have imagined that a silicon microchip would forever change the world? But it’s not the first time the world’s trajectory changed seemingly in an instant.

It’s a drop of rain.

“Is the sky leaking?”

“What are these water sheets?”

“Who needs a big wooden box filled with smelly animals?”

Who would have imagined that a drop of rain would forever change the world? No one had seen an Ark before. God’s simple command to Noah was to “make yourself an ark of gopher wood” (Genesis 6:14). By faith, righteous Noah obeyed. The rest, as they say, is history.

“Where is your building? Your multimedia auditorium?”

“It’s here in the people who meet together throughout the week in this place and that place, wherever they are at.”

“More than that. As the church.”

“Who will go to that kind of church?”

It’s the same church, but the times we live in are unique.

The mission has not changed, but from time to time, we do lose focus. Mostly in the West, the church has built buildings, steeples, and now megachurch complexes, none of which is bad in and of themselves.

However, problems arose when throughout the centuries, the organism of the church yielded to the institution of the church. The prime directive of an institution and its leaders is to survive from decade to decade. The church, throughout its history, has struggled to remember that making members is not the same as making disciples. Members belong to institutions. Disciples belong to the organic church.

The prime directive of the church is to make people into disciples who follow Jesus. Paradoxically, as a spiritual organism, we survive and even thrive by dying. “For whoever would save his life will lose it, but whoever loses his life for my sake will find it” (Matthew 16:25 /ESV). We follow Jesus. He died. We die, not always physically as martyrs, but always to self. That means the goal of the church is not to erect historical monuments to its existence but to make disciples at any cost.

Disciples are made. Churches are built. Members are recruited. We’ve been doing it for millennia, and over the same period, we continually forget the simple childhood adage recited with our interlocked fingers: “Here is the church, here is the steeple, open the doors and where are the people?” We’ve made many buildings and many members, but not always healthy disciples.

The times are unique— the microchip has changed the world even more than the printing press did 500 years ago. The microchip gave us the computer. The computer gave us the internet. The internet gave us globalization, and the smartphone connected everyone.

It’s a bit oversimplified, but that’s what happened to change the world to bring a unity unknown since the Tower of Babel (Genesis 11). We are connected technologically, economically, politically, culturally, and thanks to Google Translate, we once again speak the same language. Globalization brings many benefits and advantages, but when looking for its downside, just remember the Tower of Babel.

Globalization also brings decentralization. International corporations have adjusted to this reality for decades, restructuring their global corporate pyramids to local interconnected nodes. Business dynamics forced them to recognize early that the world is restructuring as networks of networks, even in the face of the nationalistic political movements of nation-states that battle the change. Top-down organization structures were not going to survive easily in this brave new world.

Technology is a leveling force that is gaining strength and boring holes through the previously impregnable walls of culture. It’s the very threat that concerned the Lord at Babel when He diversified languages as seeds for independent cultures spreading across the globe. It became His check on rapidly spreading evil. We have returned to Babel.

Global interconnection also affects the church. We see it as church members fly around the world during the week but are home for Sunday worship. A “good” church member now attends Sunday service once a month but is faithful in tithing to the church’s programs.

A world reorganized as networks of networks also presents a new model in contrast to the megachurch where people come together to worship, serve, and grow. The question in this global transition is, “Are we successfully making disciples with these centralized churches, or are we making members that perpetuate the institutional model?” Is our church attractional model working? It’s a sobering question.

The issue is not the size of the congregation. The church always had large gatherings since Pentecost when thousands came into the church in a single day. The size of the gatherings in itself is not the issue. But at the same time, while the church occasionally gathered in large numbers, it met daily in small gatherings in meeting halls, homes, and the public marketplace. Disciples were not made in large worship services. They were made as the people of the church built itself up in love as each disciple touched the lives of other disciples, together making more disciples who obediently follow Jesus.

The uniqueness of our times is the growing, small-scale networks of networks built on relationships and assisted for good or ill by technology. For the church, such an environment is perfect potting soil to grow disciples.

Those born after 1995 are sometimes called “iGen” or “Gen-Z.” They come after the ubiquitous Millennials and are very different from their older siblings. Currently, this generation is in middle school through college. These are the first truly citizens of globalization. They have never known life without the smartphone, or Google, or social media. While still early to tell, they are less individualistic than historical Americans. They learn in groups, play in groups, and function in groups.

Many attend church on Sunday because their parents bring them. But their spiritual and moral views are emerging as very different from those of their parents and the congregations they attend. Yet, God seems to be at work in this Generation in ways not seen since the Jesus Movement of the late 60s-70s. They are searching for truth, often willing to accept the Bible as the Word of God long before we marshal out our apologetic arguments. They are standing for Christ against the immorality of the sex-soaked culture, and the relativism preached in school and the media.

This group of New Jesus People is a remnant distinct from their peers. They are young, growing, and still forming their opinions and wrestling with their spiritual worldview. And they are passionately in love with Jesus. Talk with them, and they will tell you about Jesus, not about their church. There is much hope. Guided by the Spirit, they hold tenaciously to two lifelines: Jesus and His Word.

Most importantly, this remnant of New Jesus People is at home in small, interconnected networks of networks. It’s their native environment in which they move and breathe. What is becoming more alien to them is the institution of the church where they must don spiritual scuba gear to swim through the moral relativism and biblical lethargy found today in many Evangelical and Mainline churches.

Where is the church, and where are the people? As it turns out, with this generation, you cannot simply fold your fingers and wiggle them within your hands to see them sitting contentedly in the pews or youth groups. They have left the building, but they are still there in our schools, sports programs, board game culture, Snapchat, Comic-Cons, and yes, online gaming. They are full of energy and promise, untaught, but unbounded. This is a generation that will GO and make disciples, not COME to church.

“Who will go to that kind of church?”

Do You Love Me?

Yet, if we listen closely, the question they ask most often and in innumerable ways is: “Do you love me?” Every other question comes in a distant second.

Maybe that should not come as a surprise. We have become aware that history’s most technologically connected generation paradoxically shows signs of being the most disconnected from personal relationships.

It’s not that this generation lacks face-to-face human contact. It’s that the ubiquitous microchip technology shapes their understanding of reality. It simultaneously connects them online while tending to disconnect them from one another. 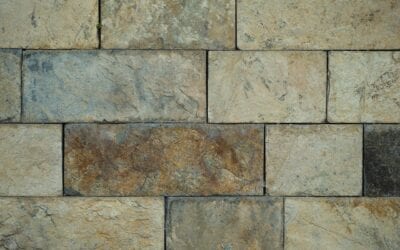 Here are some ministry principles undergirding healthy forms and structures: 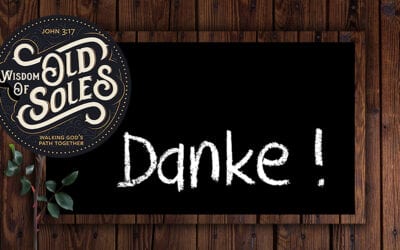 Sometimes wisdom comes from unexpected places. Those of you who know me also know that I tend to be awake in the middle of the night or early hours of the morning. Years ago, I would spend that time DXing across the shortwave bands listening to Radio Moscow and trying to figure out what would be in the news before the New York Times or Washington Post hit the streets. That radio world changed with the internet.

Now I listen to podcasts and YouTube educational instruction videos ranging from NancyPi’s tutorials on solving calculus differential equation problems to the Crazy Russian Hacker’s mind-numbing life-hacks. What can I say? I don’t always sleep through the night. I usually find myself having to explain why we spell our name “soles”—the bottom of our shoes—instead of “souls.” For the record, it is a play on words to highlight both the fact that I am forever dressed in my Converse Chucks and the fact that our ministry tagline is “walking God’s path together.” If you still don’t get it, just think about it.

This time in the title I enclosed “Wisdom” not “Soles” in quotation marks, not as an intentional misspelling, but to highlight the fact that as we are walking God’s path together, we are not meandering aimlessly. We are hacking through jungles and picking through brambles while trying to avoid life’s many potholes and pitfalls, wisely charting our way. Being a Christian is not a proverbial stroll through the park but a spiritual warfare survival course where the enemy uses live ammunition. That life course takes wisdom and a lot of it. 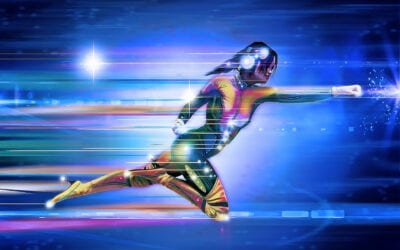 The Church Is About to Change

We are called to do what has never been done before. We don’t even have a vocabulary or common set of terms to describe it. Sooner or later, I am sure we will look back with the confidence that only the future brings, but we move along through the fog of faith for now.

We are on sure historical footing to know what it means to be the church, but we walk in a fog of new forms and structures rolling in. They look like a return to the organic, decentralized forms of the early New Testament church. But they are uniquely shaped by globalism—characterized by interconnected relationships defined by technology that realigns every aspect of our lives from how we communicate to how we build and maintain friendships, how we buy and sell goods and services, to how we shape culture. 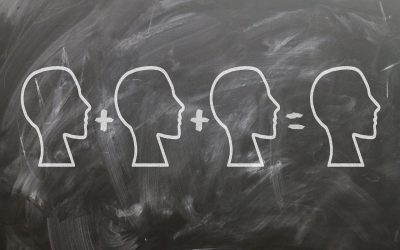 URGENT: TIME TO SHIFT FROM ADDITION TO MULTIPLICATION

The goal is not getting more people in the room through some attractional means, but unleashing everyday disciples to make disciples who make disciples. This is how the early church multiplied. Multiplication is how the church has grown throughout Christendom, but too often we rely on additive measures. We desperately need a movement where disciples are making disciples, leaders and training leaders, and congregations are multiplying congregations. 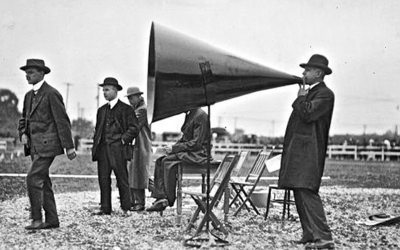 “Evangelship” is a made-up word desperately needed to correct a misunderstanding at the core of the Great Commission to make disciples of all nations. The term combines “evangelism” and “discipleship” to reunite what we’ve separated as two different activities with great ramifications.